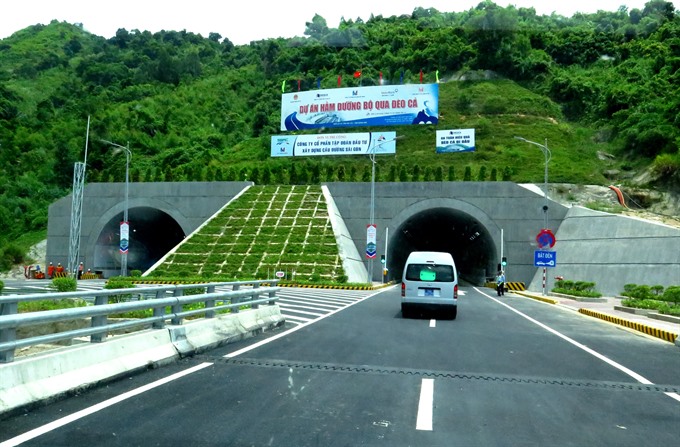 Each tunnel has two sides, each of which has two lanes for vehicles travelling in the same direction at the speed of 80km per hour.

This is the first tunnel road project under Build-Operate-Transfer (BOT) using domestic funds of over VNĐ11 trillion (US$478.2 million) invested by Vietnamese investors and contractors.

Service fee for the tunnel is lower than the fee of the 22km winding road of Cả Pass. Emergency service is available round-the-clock to support drivers.

According to the Đèo Cả Investment Joint Stock Company – the project’s investor, toll fee on the route will be collected from September 3 onwards. — VNS.